We are proud to announce that Sentilo 1.9.0 has been released and can be now downloaded from github. Main improvements include: Now Sentilo offers rate limiting features for the REST API. Rate limiting prevents the Sentilo instance from request flooding. Also, protects external systems that are subscribed to Sentilo by limiting outcoming requests. Rate limiting[…..] 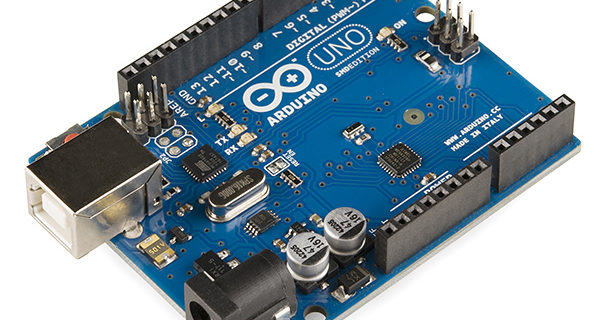 Acquisition and management of data with Sentilo and Arduino

Are you wondering if sensors based on Arduino could be easily integrated with Sentilo? The short and ultimate answer is yes, with the Sentilo Arduino Client. If you want to experiment with that kind of architecture you could start with that tutorial. On it you can find some examples of how to use the Arduino[…..]

Inhabitants of Barcelona, as those of other many regions in Europe and the world, suffered a forced lockdown who reduced drastically the economic activity lastest april and may. The noise sensors Barcelona City Hall had connected to Sentilo offered their logged data publicly and researchers could check what was the noise reduction caused by the[…..]

Sentilo has been in prime time TV news during the Gloria storm on Catalan public channel TV3. TV3 has been showing to its audience the Sentilo instance of our partner Agència Catalana de l’Aigua (ACA) to show in real time how the capacity of the Ter river reservoirs has been overflown because of the strong[…..]

On Wednesday 20 November, starting at 11am, in Barcelona and within the framework of the Smart City Expo World Congress 2019, the Sentilo Community and its supporters will meet in the new edition of Sentilo User Day. At the Sentilo User Day event, current users will share their experiences, achievements, and discuss the limitations of[…..]

About 100 municipalities from Valencia region applied for help to “Connecta València” platform to deploy their smart city projects. The ‘Connecta València’ platform, from the Valencia Provincial Council, uses Sentilo to provide a shared multitenant sensor platform to small municipalities in the region. Sentilo has been the choice for Valencia Provincial Council because it avoids[…..]

Our partner CESVA has showed its solutions for smart noise management at the latest edition of Internoise held in Madrid on June 2019. Internoise is the most important congress on acoustics worldwide. Attendants were very interested in the CESVA TA120 noise sensor and in the intuitive noise monitoring platform CESVA NoisePatform. CESVA TA120 is 100%[…..]

We are proud to announce that Sentilo 1.8.0 has been released and can be now downloaded from github. Main improvements include: Confederation of Sentilo instances, allowing the sharing of data among them Version upgrade of Mongo, Redis, Tomcat, … Security improvements after an external audit New types of data (JSON, audio, text, …) We can now configure the[…..]

Read More
Recent Posts
Categories
Calendar
Archive
This site uses cookies and by using the site you are consenting to this. For more information on our cookies and how to manage your settings, click on "Read More". Accept Read More
Cookies Policy

This website uses cookies to improve your experience while you navigate through the website. Out of these, the cookies that are categorized as necessary are stored on your browser as they are essential for the working of basic functionalities of the website. We also use third-party cookies that help us analyze and understand how you use this website. These cookies will be stored in your browser only with your consent. You also have the option to opt-out of these cookies. But opting out of some of these cookies may affect your browsing experience.
Necessary Always Enabled

Any cookies that may not be particularly necessary for the website to function and is used specifically to collect user personal data via analytics, ads, other embedded contents are termed as non-necessary cookies. It is mandatory to procure user consent prior to running these cookies on your website.